How to get a Part 107 Remote Pilot (Video Drone) Certification 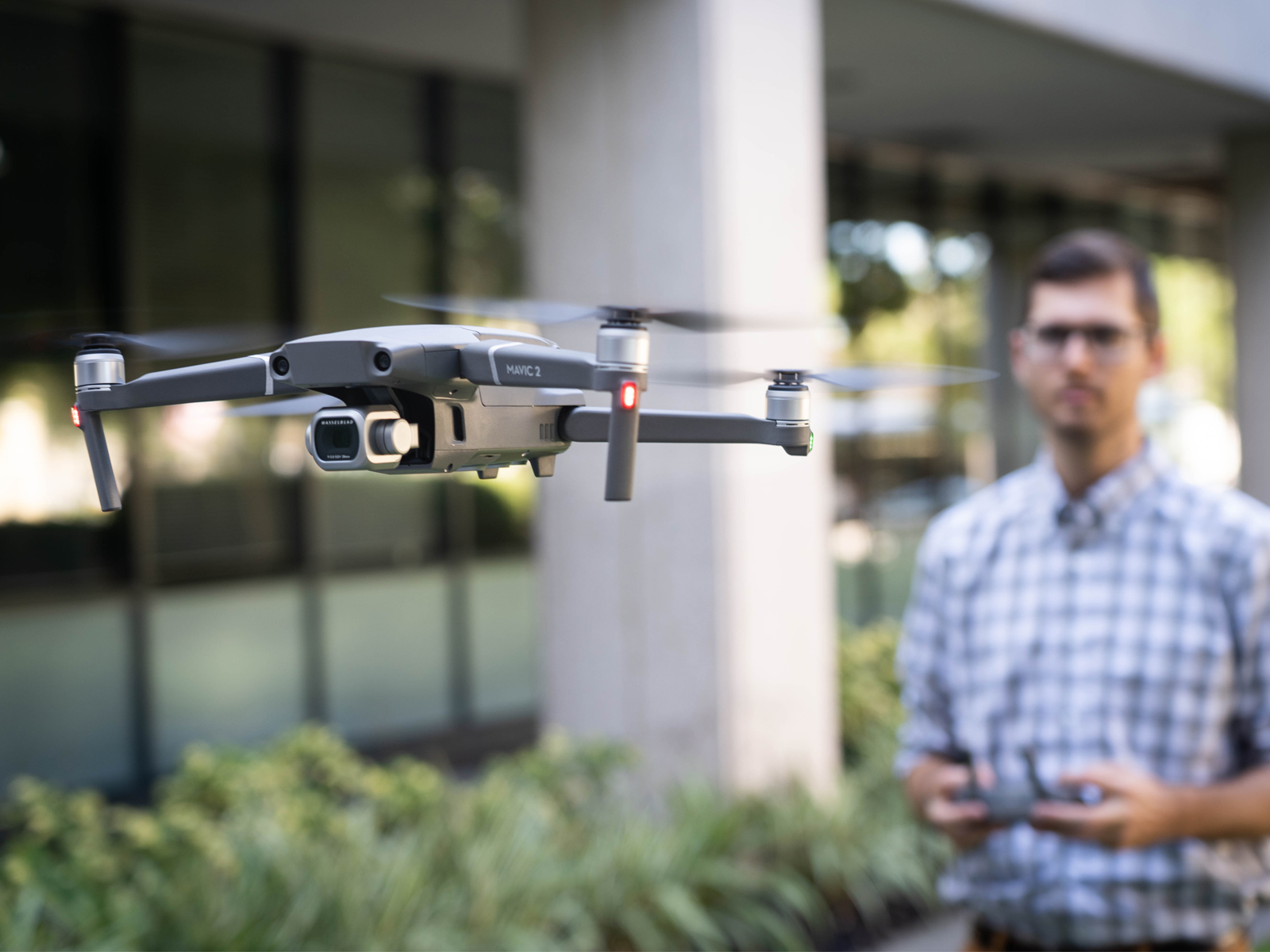 In early 2013, the world was introduced to DJI’s first mainstream consumer drone, the Phantom. The drone’s specifications were minimal; 10 minutes of flight time, no live camera feed with an attached original GoPro, and a max transmission distance of a few hundred feet. Although the original Phantom had limited capabilities in hindsight, there’s no denying the revolutionary impact it had on the future of various industries.

Check out every episode of our inbound marketing video series, Coffee Talks!

As DJI’s popularity ensued, more people started purchasing drones and capturing aerial video content. Each month the total number of drone sales reported were grew exponentially and, in turn, the FAA knew it had to implement a system that had the ability to monitor and regulate them.

Toward the end of 2016, the popularity of drones broke through the threshold and the registration of sUAS’s (small unmanned aerial system) began. The FAA required sUAS owners to register their aircraft if it weighed between .55 lbs & 55 lbs. Additionally, the FAA released 14 CFR (Code of Federal Regulation) Part 107, a Special Rule for Model Aircrafts and sUAS operation.

Now, before we jump into the details of Part 107 and other FAA rules, please note that the material presented in this blog is for informational purposes only and not for the purpose of providing legal advice. Also, for the complete rules regarding registration and the operation of drones, please refer to FAA’s website.

It needs to be acknowledged that Part 107 is optional as a drone pilot in the following instance. If you are a recreational user of drones and do not create financial revenue with your aircraft, then Part 107 is not required. If you DO create revenue off of your drone, however, keep reading because Part 107 is required to continue the operation of your work!

Simply put, Part 107 is a drone license. It distinguishes the gray area of who is a certified drone pilot vs non-certified. As mentioned above, you must hold a Part 107 sUAS license to generate revenue from your aircraft — if you  violate the FAA regulation, the consequences can vary. Depending on the scenario, the FAA can implement something as simple as a warning letter but it’s not out of the question that they could hand out a fine of up to $32,666 for each flight that violates their Part 107 rules.

Related Article: How Video Can be Used in Your Marketing, Sales, and Service Strategy

So, now that we know the potential consequences of not having a Part 107 license, how does somebody acquire one?

The process is quite simple — find your nearest testing center, schedule an appointment, pay the $150 dollar fee, and take the quiz! The passing grade is 70% so as long as you score above that, you’ll be out the door and certified. Of course, you need to do some research and studying before taking the exam as it’s focused on various aviation terminologies. There are plenty of assets scattered across the internet that will aid you in the quest to become a certified drone pilot. We recommend taking the 3DR practice test a few times as it will give you a sense of how the questions are laid out in the official exam.

There are over 300 facilities across the US

Upon completing the exam, and passing, you will be presented with an FAA Airman Knowledge Test Report with your statistics and exam ID. DO NOT lose this form because you need to complete one last step before getting your official license! Make sure to head to the FAA’s IACRA section and complete the application to receive your license in the mail. This is an important step that a lot of remote pilots forget or do not follow through with! It is imperative you apply your test results to the application as you won’t be officially in the system or an official sUAS pilot until you complete this last step!

If you’ve completed your Part 107 exam before and are renewing your license, the last application step is not required as your current license gets updated.

Once the application is completed, you will receive a temporary license through email that you can print out for immediate use. Although the FAA doesn’t list an official timeframe on when you will receive your new drone license, it seems the majority of people receive theirs in a 2-4 week time frame. Regardless, the temporary license is good for 120 days so make sure you carry it with you until you can swap it. 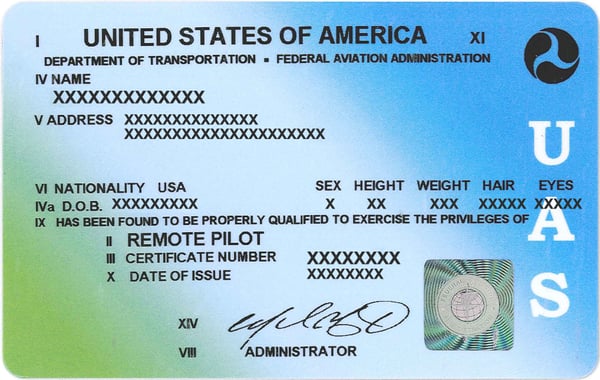 Example of an FAA Part 107 license

Once you’re licensed, you should understand the benefits of being a Part 107 sUAS drone pilot and operator. First and foremost, as stated above, you’re now able to legally create revenue using your drone. This puts you in a category above every drone operator who is not licensed and gives you leverage when applying for jobs or projects. It’s important to explain to prospects why it’s crucial to hire a licensed pilot and the repercussions that could occur when hiring a non-licensed pilot.  Also, remember that insurance coverage for drone usage should be a part of the conversation.

On top of these two main perks, the drone license gives you general drone & airman knowledge like:

These are things you will learn while going through the process of acquiring Part 107 and it’s incredibly useful to understand the regulations as even most authorities won’t. There have been several reported occurrences where authorities have improperly made people ground their drones. If you can properly explain that you’re following all regulations and are licensed to fly within the specific airspace when questioned by the authorities, you’re more likely to educate them and do good for future remote pilots.

Now that you’re licensed and understand the benefits of having your Part 107 license, make sure to utilize it and spread the awareness to all new pilots alike. Be safe and happy flying!